What's your next move?

"THE ELEPHANT IN THE ROOM”

Are you uncomfortable thinking about yourself as a business owner?

Does the word franchise make you want to run for the hills?

Both reactions are valid, considering that you're contemplating making a life-changing decision. But here's the thing; Every one of our current franchisees has felt overwhelmed and out of their comfort zone at this stage.

With close to fifty (50) years of experience onboarding professionals with backgrounds and careers similar to yours, we believe that you have the building blocks of what it takes to succeed in the executive recruiting industry:

As an executive recruiter and part of FPC, you can take making a difference to a new level; executive recruiting is a relationship business where you actively change the lives of both your corporate clients and candidates.

You know what it's like because you've been on the other side of recruiting as a client - you appreciate the effect an effective recruiter has on your ability to build a great team and how, as a result of this partnership, you can directly impact your Company's future success. 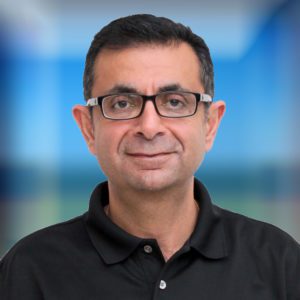 A CASE-STUDY OF SUCCESS

And Ben did just that by transitioning to owning an executive recruiting business for the past 20 years; Ben now helps other executives build great teams. Instead of working for one company, "I get to work with some of the best companies and smartest executives who develop amazing new products and technologies, some of which have literally changed the world."

Ben also considers it a privilege to also find jobs for people who are unemployed as well as help others find a better job than they presently have; it's a win-win solution when Ben is able to place talented executives and at the same time help companies build great teams. Ben also thrives on his ability to build his own team of recruiters and play a part in his employees' careers and success. "It is immensely fulfilling to be able to work for myself and make this kind of an impact."

Even though Ben previously worked with recruiters, hired employees, and built teams, he didn’t have prior recruiting experience. As he considered business ownership options, FPC stood out distinctly; the structure and support FPC provides, its ability to deliver individual attention, and the company's years of expertise in building successful recruiting enterprises were the main reasons he chose FPC.

"People often speak about freedom and a productive work/life balance as one of the perks of business ownership. I can say without hesitation that FPC has been consistent from day one and has delivered the kind of support and coaching which allowed me to meet my personal and financial goals.  It has been a rewarding and meaningful journey."

ARE WE A GOOD FIT?

Let's find out. We invite you to schedule an exploratory conversation with Steve Margalit, our Director of Franchisee Development. There’s no obligation or limit on the time we spend with you.